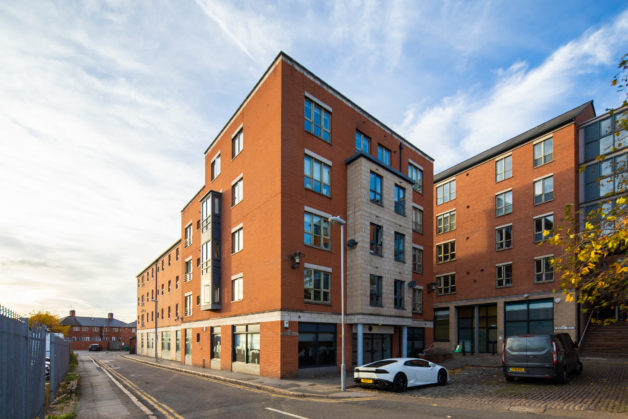 This growth has led to a continuing rise in the development of Purpose-Built Student Accommodation (PBSA’s), which has led to mixed commentary from various organisations and a growing negative stigma that there is a significant over-supply of student accommodation and that it is sat vacant. It is indeed the case that there is a lot of development taking place.  However, the increase in supply of PBSA’s has been surpassed by the number of new students coming to the City. Since 2014, student numbers have increased by over 6,000 but PBSA development has not kept up with the pace with around 1000 beds per year being delivered.

Demand for PBSA’s is so high that 2018/19 recorded the lowest vacancy rates yet at just 0.3%. Of the known 22,870 bed spaces, 96% responded to the survey run by Nottingham City Council. Both NTU and the UofN reported near zero vacancy in their own stock, with both universities needing to rely on the private sector. A significant number of 1st years were required to stay in temporary accommodation ranging from hotels, hastily converted medical practices and some even had to live in Derby and get bussed in each day.

With a total population of over 64,000 students, there is obviously still a huge shortage with PBSA accommodation only able to cater for 35% of the total student population and there is still a heavy reliance on traditional student housing in areas such as Lenton, The Arboretum & Beeston.

For the past 5 years, vacancy rates have stayed below 2% with the recent survey demonstrating the best performance yet, despite the ever-growing supply of PBSA accommodation with the results detailed below;

Results from the PBSA Vacancy Surveys

Not only are PBSA units continuing to rent well, rents are increasing at a significant rate with average rent increases between 5% & 7% per year showing that the actual shortage of supply is being met by keener demand from students. This is evident with many blocks of accommodation reporting near or full occupancy much earlier than in previous years. Early months in the Lettings Season of October – December saw significantly increased activity across the board. At FHP Student Living, over 50% of our portfolio was let within this months and remaining stock levels by the end of June were around 5% with these mostly new developments late to the market.

Varsity Clifton, a 33-bed site in Clifton let and managed by FHP Student Living was fully let 6 weeks earlier than the previous academic year with Varsity City achieving fully occupancy despite not being fully developed yet. New Developments such as The Moog on Newdigate St have achieved fully occupancy within 2-3 weeks of marketing and we have achieved lettings on new properties on Long Row without needing to go to the market and simply relying on Social Media to find tenants.

Therefore, the views of ‘More Student Accommodation?! We don’t need it!’ unfortunately simply is not true. The figures prove we need more. The market needs more PBSA’s offered at affordable rates so that UK students can live in the City Centre, freeing up affordable housing for professionals and residents in locations surrounding the City Centre. Nottingham City Council are continuing to promote new PBSA development in appropriate locations to increase choice & improve the overall quality of accommodation for students as a viable alternative to traditional housing. FHP Student Living are an ANUK accredited managing agent with a growing portfolio of 850 bedrooms, having assisted in the disposal and acquisition of circa 600 beds of student accommodation totaling nearly £42m since 2015.

If you want to know more about the growth of PBSA, how FHP Student Living can assist you in your property needs as a potential developer, investor or landlord, contact Jonty Green, Associate Director and Head of FHP Student Living on 01159644631 or jonty@fhpliving.co.uk